It has been a while since we saw Ichigo Kurosaki. the orange-haired protagonist of Bleach, and his friends on screen. Popular Japanese anime Bleach, based on Tite Kubo’s iconic manga had a long and successful TV run till 2014. After that, the manga was canceled in 2016, much to the massive fandom’s disappointment. And for a while there, it was believed that it’s all we’re getting. Now, after years of waiting, the anime is making its highly anticipated comeback. The upcoming series will be an adaptation of the manga’s ‘Thousand-Year Blood War’ arc. And the first poster and teaser trailer are out! 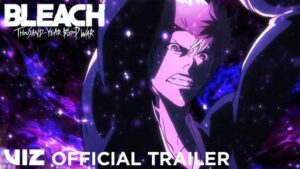 As you can see above, the first trailer showcases some pivotal moments from the manga if you’re familiar. But of course, the biggest thing is seeing Ichigo Kurosaki, Rukia Kuchiki, and the rest. It has been years since the anime checked on the group as the original anime ended in 2012. Now, on the cusp of 2022, the show is preparing to make a comeback that netizens have been begging for.

Bleach’s comeback was first announced in March 2020 to celebrate the show’s 20th anniversary. Since then, fans have had little to go on in the form of updates. These new developments are reassuring in light of the long wait. Bleach first released in 2004 and its original run had 366 episodes. The show was canceled before Tite Kubo could complete the manga, leaving the story unfinished. Luckily, fans only have to wait till next year to dig into the biggest anime revival.

What do you think of this first look at Bleach? How excited are you to watch its anime come back to the small screen? Share your thoughts with us in the comments section below.

Previous Akame Ga Kill , Should You Watch it ?
Next The Episode 19 of Demon Slayer is one of the Greatest Anime Episode of All Time