Breaking News
Home / Anime / Is parasyte worth to be watched ?

Is parasyte worth to be watched ?

The series follows teenager Shinichi Izumi, who is one day attacked by a worm-like creature known as a Parasyte. Shinichi’s body is nearly taken over by the parasyte but he barely manages to evade it.

In order to survive Shinichi forms an alliance with the creature to protect both their lives from the other invaders. 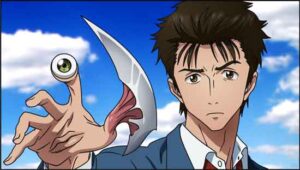 Parasyte won the Kodansha Manga Award for general manga in 1993. It also won the Seiun Award for being the best manga of the year in 1996. As of October 2014, the manga had over 11 million copies in print.

All of a sudden, they arrived: parasitic aliens that descended upon Earth and quickly infiltrated humanity by burrowing into the brains of vulnerable targets. These insatiable beings acquire full control of their host and are able to morph into a variety of forms in order to feed on unsuspecting prey.

Sixteen-year-old high school student Shinichi Izumi falls victim to one of these parasites, but it fails to take over his brain, ending up in his right hand instead. Unable to relocate, the parasite, now named Migi, has no choice but to rely on Shinichi in order to stay alive. Thus, the pair is forced into an uneasy coexistence and must defend themselves from hostile parasites that hope to eradicate this new threat to their species.

Is It Worth Watching?

Parasyte is the perfect balance between being witty, entertaining, and weirdly wholesome. The charismatic characters have been paired with some great action scenes and you can see gradual character development as the story progresses.

Another fantastic thing about this show is the soundtrack which is quite addictive and you’ll find yourself humming regularly. If you like gore, action, and an unusual fantastic duo telling you their story, then Parasyte is the show for you.