The purpose of this article is to present the Record Cash prize CRL 2021 ( Clash Royale League ).

2020 is about to end and to be honest, we’re in a pretty rush to turn the page! Without being completely white, the esport season has also suffered from this particular context of a global pandemic. The organization was complicated and with the travel restrictions, many competitions were canceled. Some disciplines still held their program. Team Queso, for example, was crowned Clash Royale world champion a few weeks ago. But the competition, played entirely online and without physical spectators, did not have the same flavor. The situation is still rather precarious today, and the clouds are still very present before the start of 2021.

However, Supercell does not want to sink into the gloom and has sent a strong signal to its community and to the world of esports. They announced a record cash prize CRL of 1.6 million for the 2021 Clash Royale League.

Big things are coming for Clash Royale esports in 2021… 🏆

More info to be released next week! pic.twitter.com/d5fExVeU6L

1.6 million is a lot, but the numbers can be misleading. It won’t be enough to win a single tournament to become a millionaire. The money will be distributed across the competitive circuit of the 2021 Clash Royale League. There will be a total of 8 qualifiers during the season, with a prize pool of $ 600,000. The last million will be played in the world finals, with 32 players:

Everyone will be able to participate in the circuit and dream of the record cash prize… As long as they have the level! The only judge will be the game’s leaderboard, which promises intensive tryhard sessions. Are you up to the challenge?

will there be a disappearance of the teams?

In 2020, the circuit gave pride of place to collectives (Team Queso, SK Gaming, Nova Esports, etc.). There were 1v1s, but also team formats: 2v2 and 3v3 KOTH. These game modes will no longer be there in the 2021 Clash Royale League, as the circuit will be based exclusively on individualities. 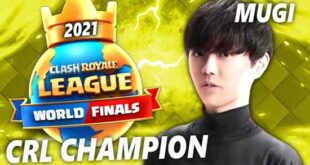 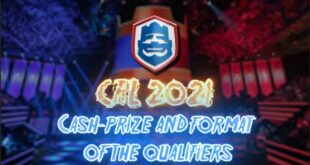 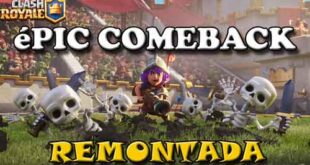